Supporter of an independence for Catalonia in the street after the Catalan president Carles Puigdemont's speech broadcasted on a television screen at the Arc de Triomf (Triumphal Arch) in Barcelona on October 10, 2017. Catalonia's leader Carles Puigdemont said Tuesday he accepted the "mandate of the people" for the region to become "an independent republic," but proposed suspending its immediate implementation to allow for dialogue. 10, 2017 in Barcelona, Spain. Christian Mantuano / OneShot 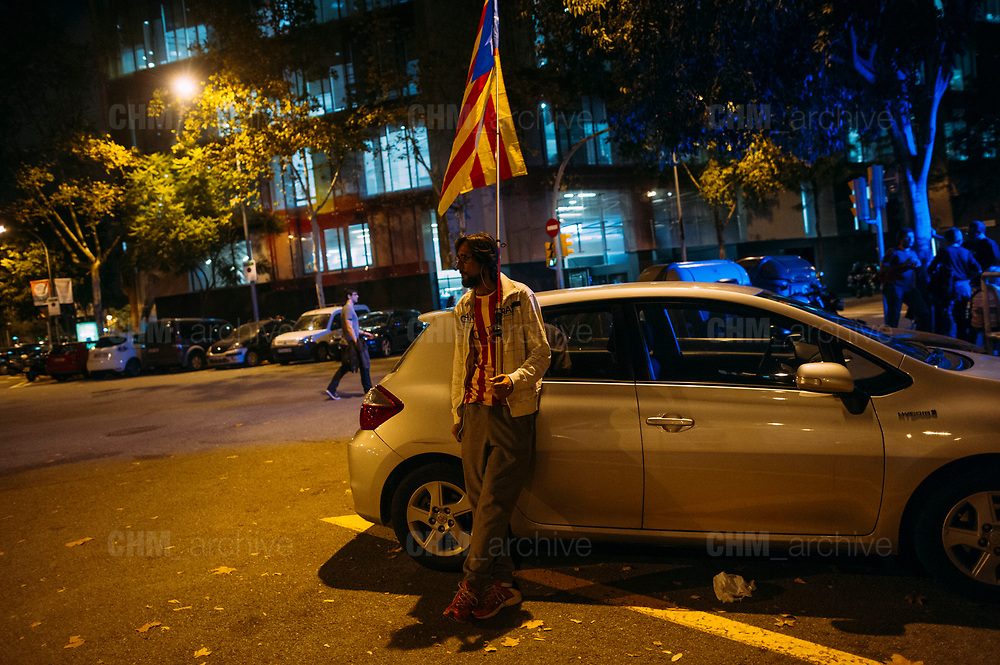